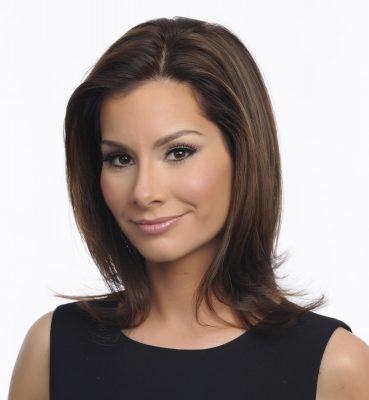 The Becker Friedman Institute for Economics (BFI) at the University of Chicago is pleased to announce it has appointed Rebecca Jarvis, AB’03 and ABC News’ chief business, technology & economics correspondent, to its Advisory Council. The Advisory Council, comprised of a prestigious group of business, academic and thought leaders with a range of backgrounds, plays a guiding role in setting the goals and direction of the Institute.

“Rebecca’s skilled reporting has informed and impacted the global community on a host of important economic issues,” said Michael Greenstone, BFI Director and the Milton Friedman Distinguished Service Professor in Economics. “But more than that, she is wise and devoted to her alma mater, and it will be invaluable to have her on the BFI Advisory Council.”

Jarvis is an Emmy Award-winning journalist and host and creator of The Dropout, a top-rated podcast that chronicles the rise and fall of Elizabeth Holmes and her company, Theranos. Jarvis reports for ABC News’ Good Morning America, World News Tonight, 20/20, Nightline and This Week. She is also the host and creator of No Limits with Rebecca Jarvis, a podcast which features influential women discussing their paths to success.

“I loved my time at the University of Chicago and am thrilled to join the BFI Advisory Council,” says Jarvis. “I look forward to working with a great team of leaders to help further the Institute’s mission in the University’s economics community.”

While in the College, Jarvis majored in both economics and law, letters, and society, a program that develops students’ critical analysis of the law and its application. A recipient of the University of Chicago Dean’s Grant, she studied European banking and financial markets and the formation of the European Union at the Université Sciences Po in Paris, France.

Jarvis was the invited speaker for the University of Chicago’s 2019 Class Day Ceremony, the student-organized event kicking off Convocation weekend that celebrates the accomplishments of graduating students.

“I am thrilled to welcome Rebecca to our Advisory Council,” said Erik Hurst, BFI Deputy Director and Frank P. and Marianne R. Diassi Distinguished Service Professor of Economics at the Booth School of Business. “Our Advisory Council plays an integral role in helping the Institute reach its ambitious goals, and we’re grateful to have such an accomplished leader join us in that pursuit. We value Rebecca’s ongoing commitment to the University of Chicago.”

BFI serves as a hub for cutting-edge analysis and research across the entire University of Chicago economics community, uniting researchers from the Booth School of Business, the Kenneth C. Griffin Department of Economics, the Harris School of Public Policy, and the Law School in an unparalleled effort to uncover new ways of thinking about economics. BFI puts those ideas into action by translating rigorous research into accessible and relevant formats, and proactively disseminating it to key decision-makers around the world.