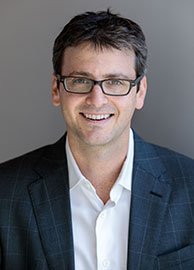 Brent Neiman, Edward Eagle Brown Professor of Economics at the Booth School of Business, and co-authors Matteo Maggiori and Jesse Schreger have been awarded the 2020 Central Banking Award for Economics in Central Banking.

Neiman is the director of the BFI International Economics Research Initiative and the second consecutive member of the University of Chicago economics community to receive the award, following 2019 recipient and BFI Macroeconomics Initiative co-director Greg Kaplan. This prestigious award is given to the authors of the speech, paper, report, presentation or other media that the judges of the Central Banking Awards feel makes the most significant contribution to economics within the field of central banking.

Neiman, Schreger and Maggiori are recognized for co-founding the Global Capital Allocation Project, which the Central Banking Awards describe as “impressive, with significant implications for global policy-makers.”

“This is well-deserved recognition for Brent’s pioneering work,” said Michael Greenstone, Director of BFI and the Milton Friedman Distinguished Service Professor in Economics. “At BFI, we’re proud to support Brent’s ongoing vision, which is deepening our understanding of international economic forces to improve international economic policy.”

“Brent’s research continues to push the field forward and is achieving broad impact,” said Erik Hurst, Deputy Director of BFI and the Frank P. and Marianne R. Diassi Distinguished Service Professor of Economics at the Booth School of Business. “We are excited that the important work being done by BFI leadership is once again being recognized by the Central Banking community.”

Kaplan and Princeton University Professors Benjamin Moll and Gianluca Violante received the 2019 award for their paper, “Monetary Policy According to HANK,” which the Central Banking Awards describe as boosting “the realism of core economic models, delivering important insights into inequality and the transmission of monetary policy.”

The Missing Data in the Inflation Debate