Under the CARES Act, two-thirds of eligible unemployed Americans can access unemployment insurance exceeding their prior earnings. Peter Ganong and Joseph Vavra discuss what this fact means for the unemployed, economic recovery from COVID-19, and how to improve the program for future federal relief packages. 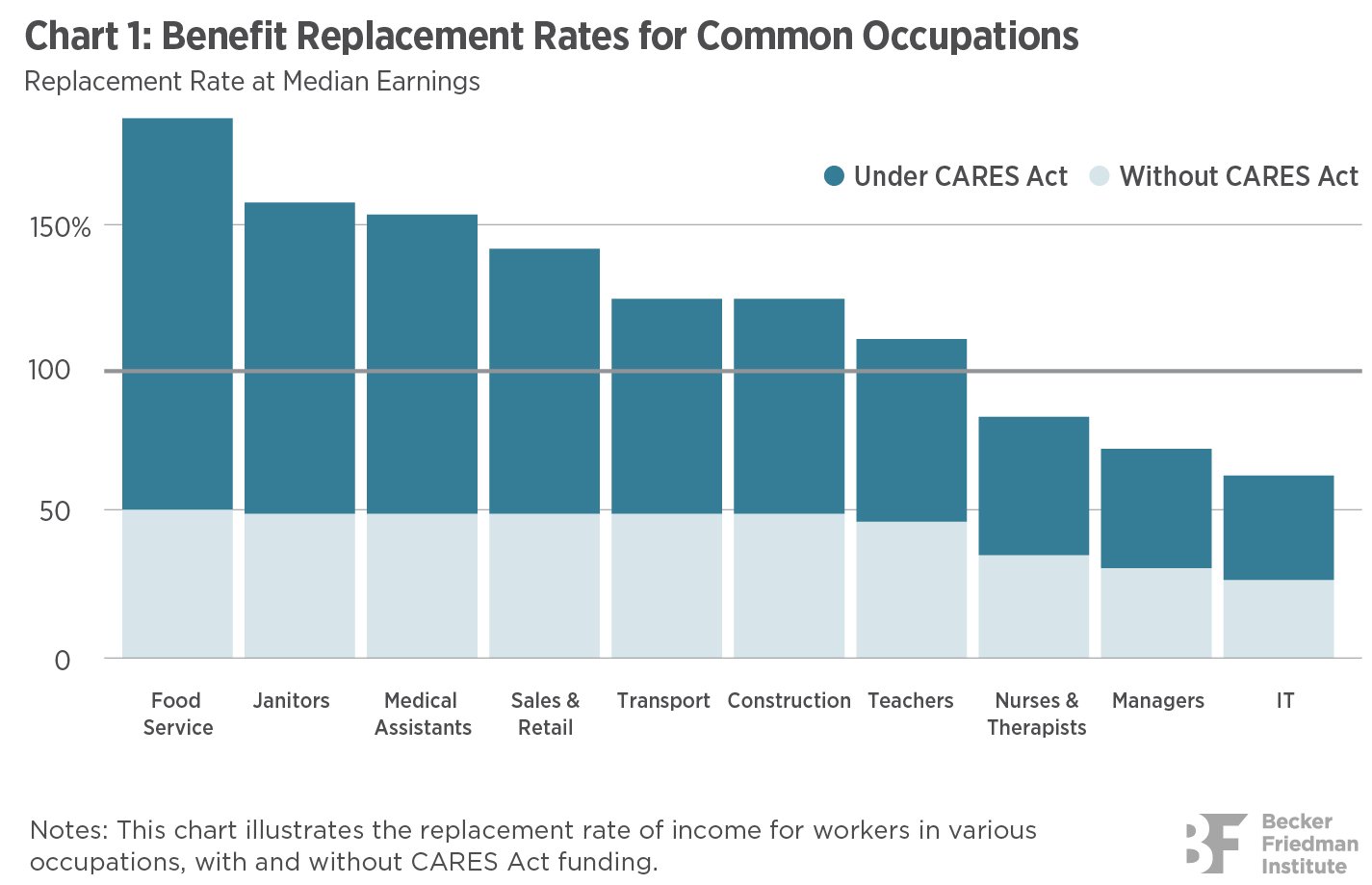 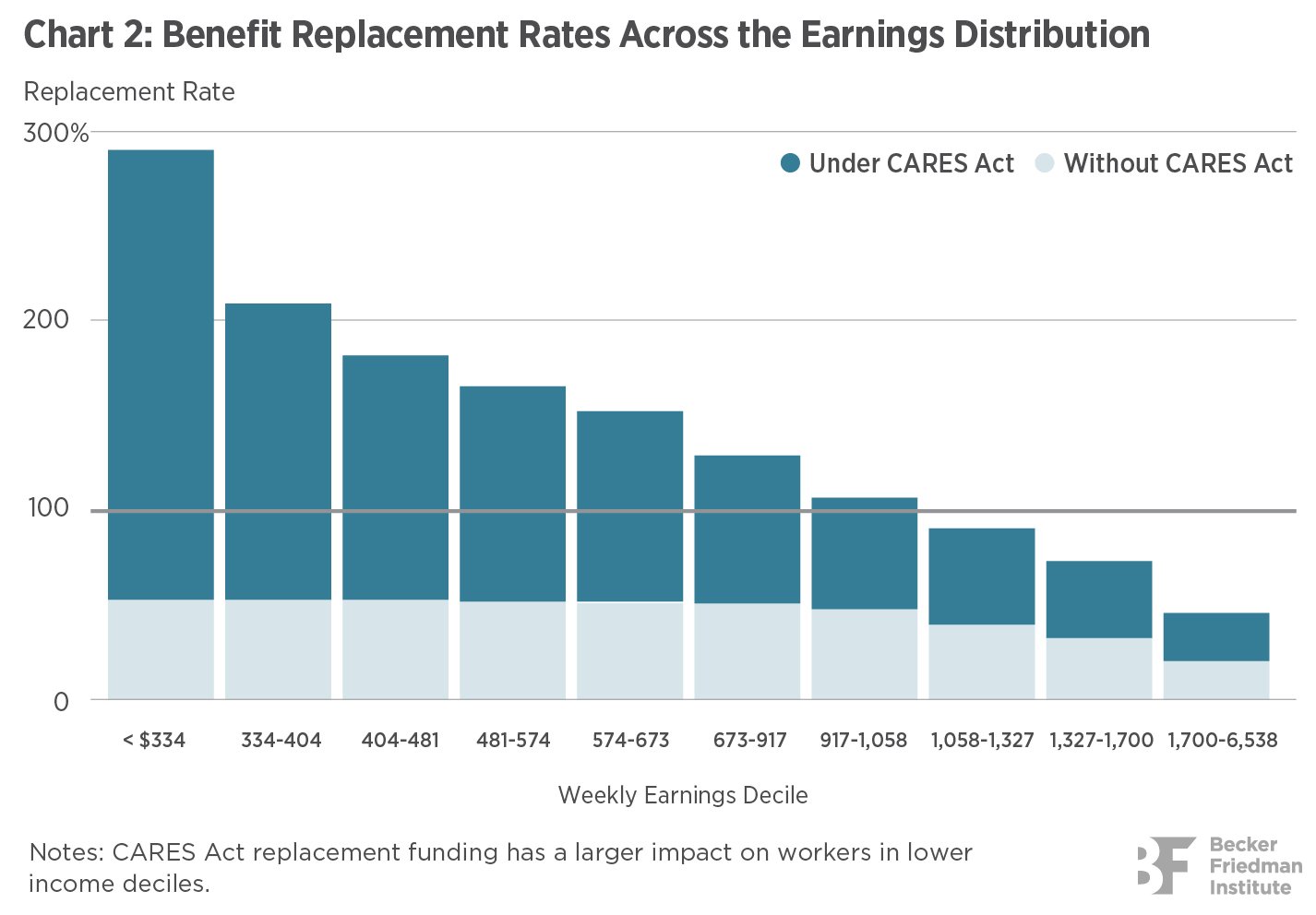 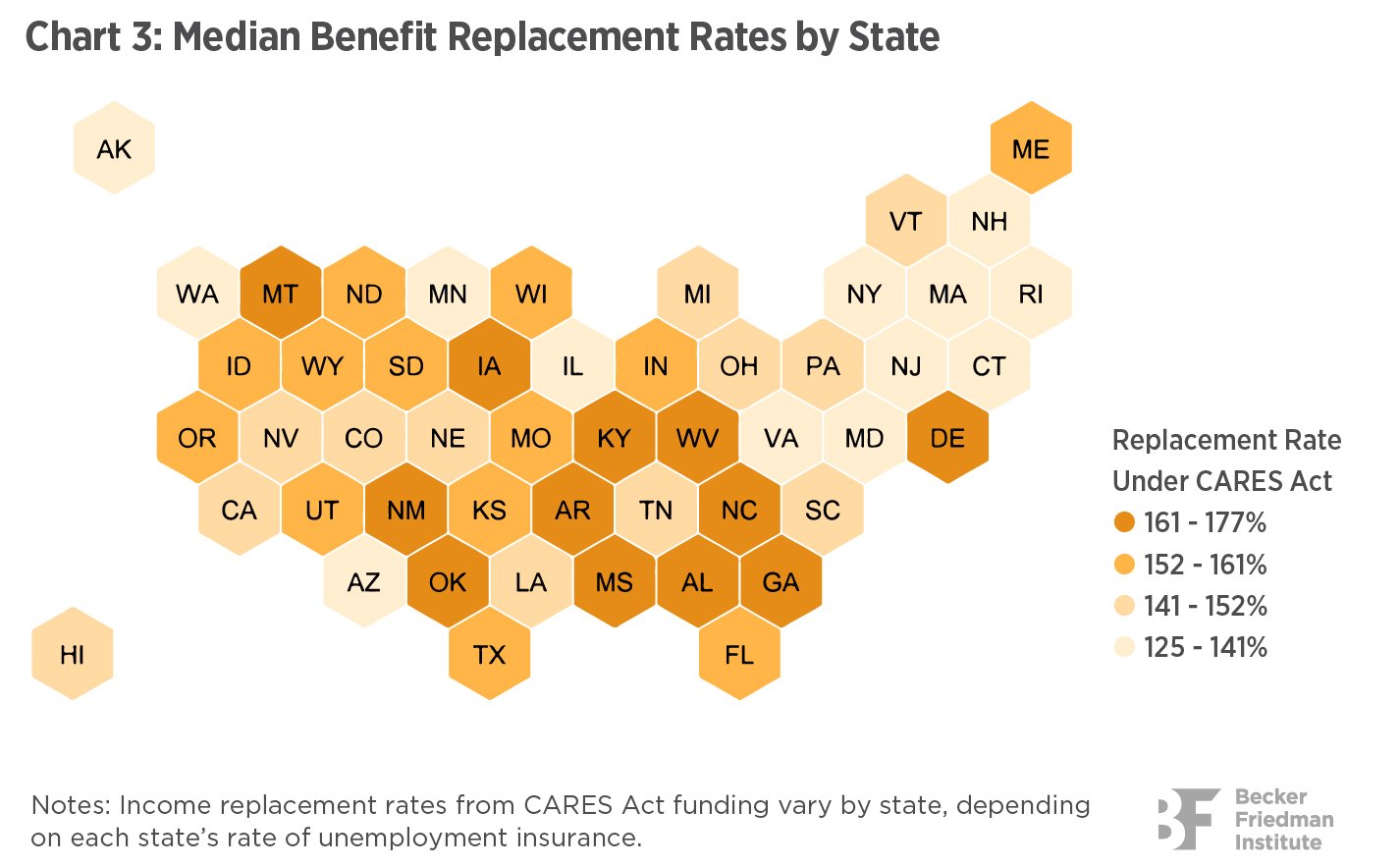