Life is not priceless. But it’s also not cheap. Michael Greenstone describes how economics puts a value on life, and why it is so important to save as many lives as possible. 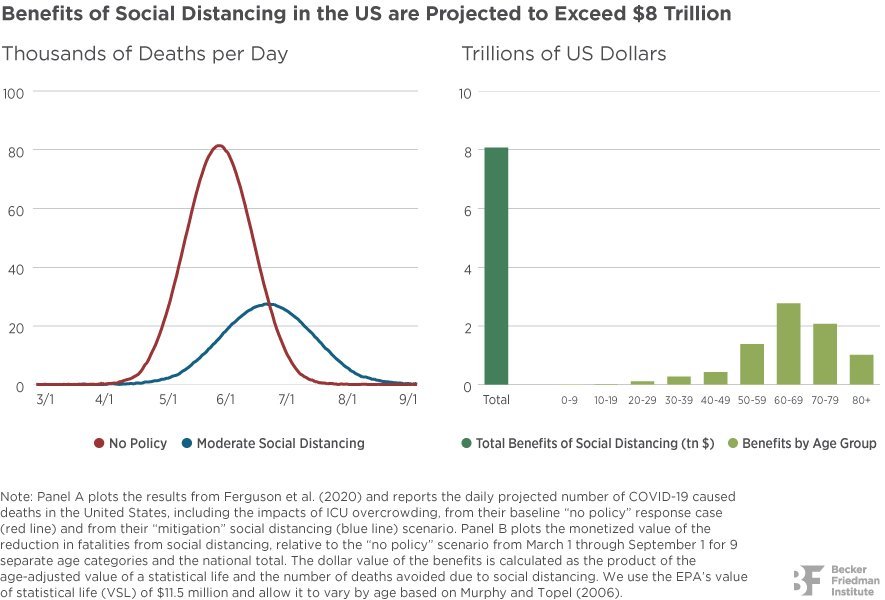 As the United States and the rest of the world grapple with COVID-19, the most reliable policy response seems to be social distancing, which itself imposes substantial costs on economies and people’s well-being. Indeed, people have begun to question whether the costs of social distancing exceed its benefits and are therefore too great. Here, we estimate the economic benefits of social distancing due to reducing mortality rates.