Why did the Black-White wage gap drop so much during the 1960s and the 1970s, and why has the convergence stagnated since then? This new working paper builds on existing research to offer a pathbreaking task-based model that incorporates notions of both taste-based and statistical discrimination to shed light on the evolution of the racial wage gap in the United States over the last 60 years. 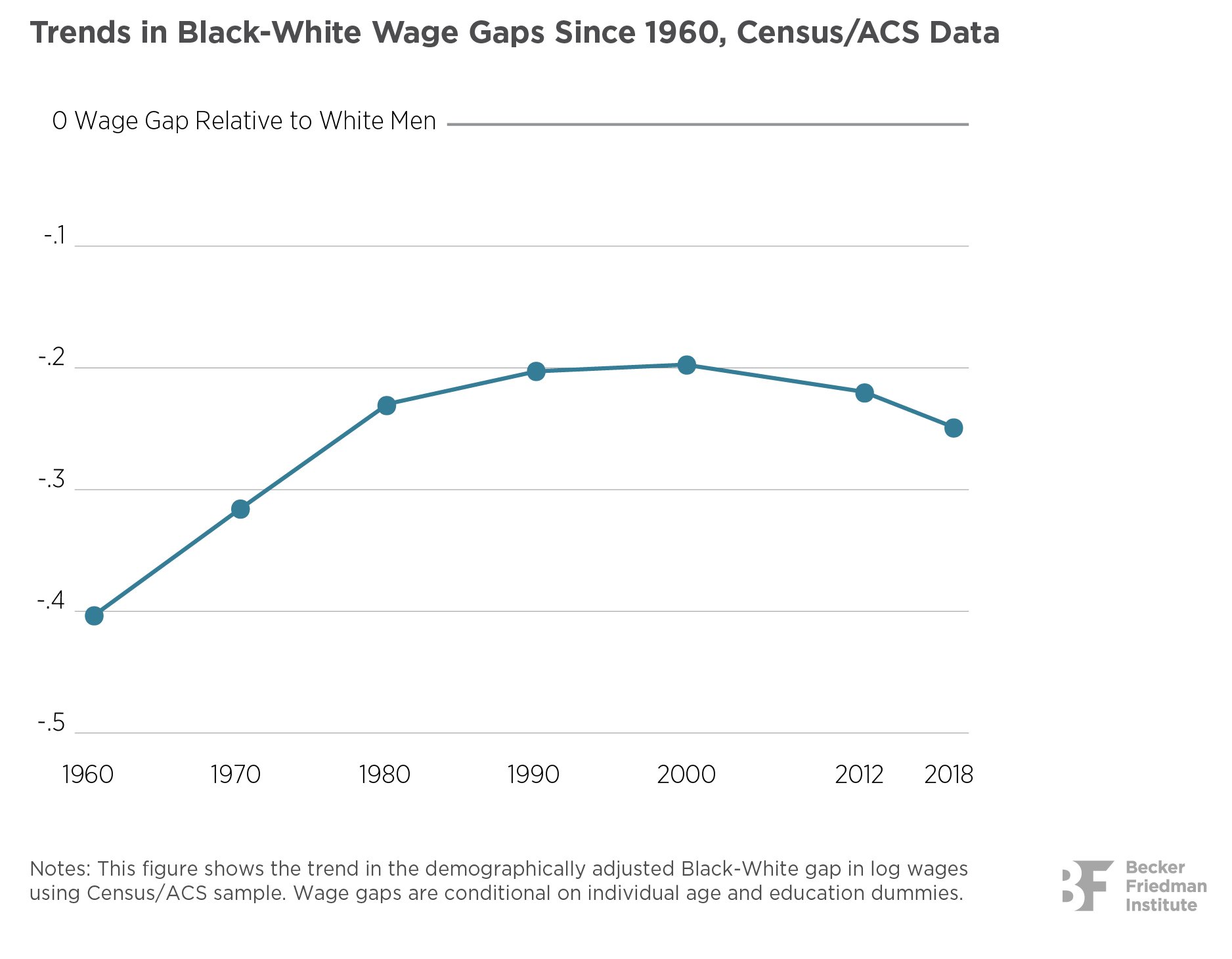 Their task-based model allows the authors to analyze how the changing demands for certain tasks interact with notions of discrimination and racial skill gaps in driving trends in wages across racial groups. At the heart of the model is that different occupations require a different mixture of tasks (Abstract, Routine, Manual, Contact), which in turn demand certain market skills and degrees of interaction among workers and customers. Consequently, the relative intensity of taste-based versus statistical discrimination varies across occupations depending on the exact mix of tasks required in each occupation.

The authors use their estimated framework to structurally decompose the change in racial wage gaps since 1960 into the parts due to declining taste-based discrimination, a narrowing of racial skill gaps, declining statistical discrimination, and changing market returns to occupational tasks. Their key finding is that the Black-White wage gap would have shrunk by about 7 percentage points by 2018 if the wage premium to task requirements were held at their 1980 levels, all else equal. 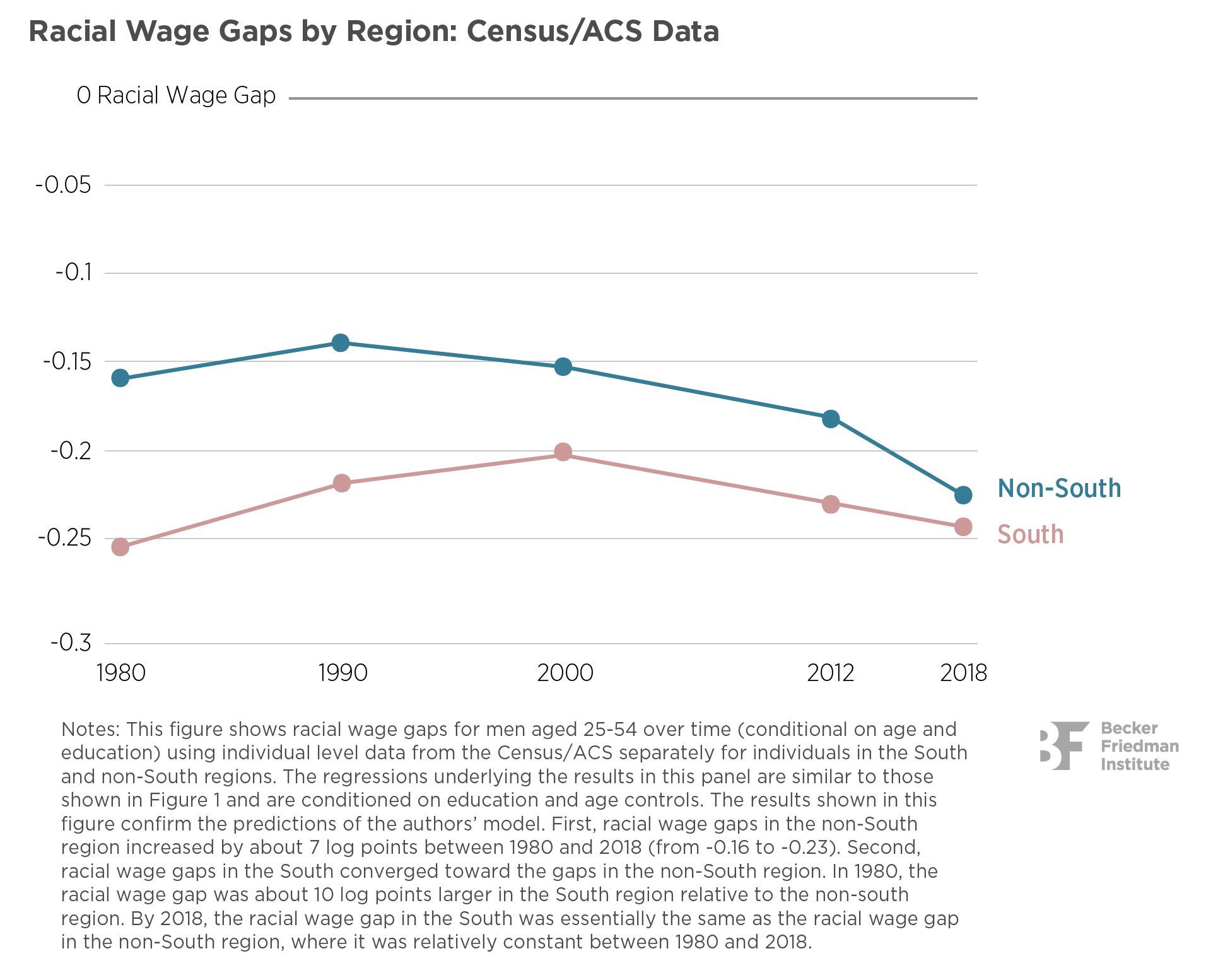 Why did this stagnation in the closing of the wage gap occur? The authors posit two offsetting forces:

The authors stress that racial gaps in skills are endogenous, meaning that taste-based discrimination could be responsible for Black-White differences in measures of cognitive test scores. Such caveats should be kept in mind when segmenting current racial wage gaps into parts due to taste-based discrimination and parts due to differences in market skills. Regardless of the reason for the racial skill gaps associated with a given task, the existence of such gaps implies that changes in task returns can have meaningful effects on the evolution of racial wage gaps, even when discrimination and the skill gaps remain constant over time. 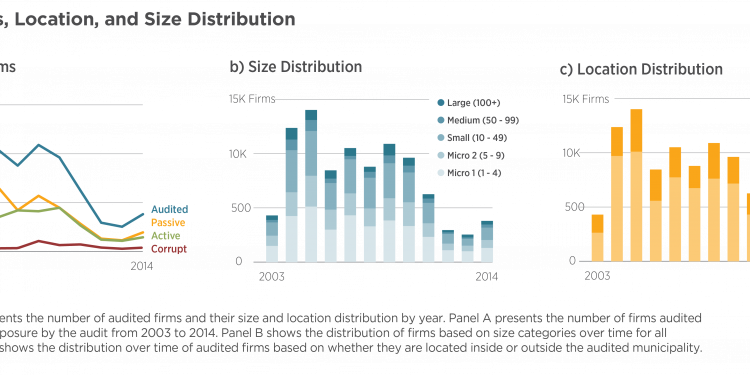 When COVID-19 swept the world in early 2020 and closed or restricted business activity, researchers and policymakers scrambled to determine the virus’s economic impact on everything from employment, income, and childcare to business closures, commercial property, and work-from-home strategies. Policymakers needed answers fast to plan the most efficacious responses and direct limited resources to benefit those who needed it the most.
Topics:  COVID-19, Employment & Wages 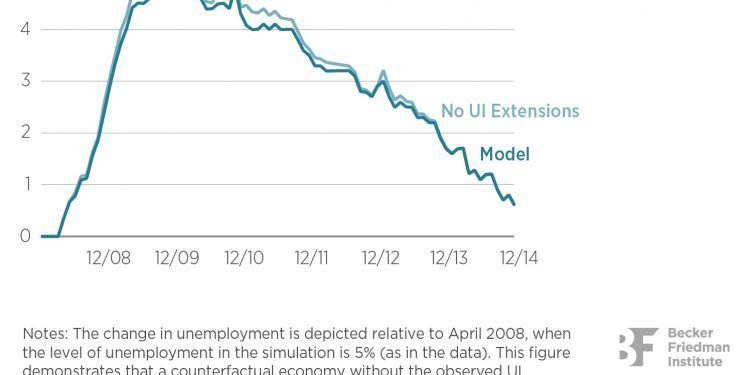