The winter 2016 meeting was hosted by Volatility Institute at New York University’s Stern School of Business.

This research project is supported by a generous grant from the Alfred P. Sloan Foundation and CME Group Foundation.

The Impact of the Housing Market on the Macroeconomy

The conventional wisdom holds that loose mortgage lending and excessive household borrowing triggered the financial crisis and ensuing recession. With eight years of distance and plenty of data to analyze, researchers are revisiting and reinterpreting the crisis—with some surprising findings shared at the Winter Macro Financial Modeling meeting.

Antoinette Schoar and coauthors find that it was actually middle-class and high-income households—not poorer subprime borrowers—who defaulted more and started the debt cascade that became a crisis.

This work revised earlier findings of Amir Sufi and Atif Mian (2009). Sufi was on hand to present new work that also challenged standard thinking. Contrary to standard macroeconomic models, Sufi’s paper shows that a rise in the ratio of household debt to GDP can predict a global economic downturn.

Schoar began the session by noting the financial crisis is generally viewed as a result of a supply-side problem with credit provision to poor subprime borrowers. “But subprime almost a misnomer,” Schoar told the audience “The idea that credit was misallocated to poorer borrowers not what we are finding.”

That quickly reversed. “Once the crisis hit, we see a sharp increase in delinquency for middle-class and prime borrowers after 2007, but not so much for subprime loans.” By 2009, the upper two income brackets accounted for half of the default value—up from 32 percent.

Schoar’s data showed a buildup in household leverage before 2006, driven by cash out refinancing and second mortgages but again, it was the richest households demanding credit.

This result differs from Mian and Sufi (2009), who attributed the crisis to subprime borrowers because they found more mortgages were written in areas where income growth was declining. Schoar and colleagues looked more closely at micro-data, teasing out differences driven by the value of mortgages rather than the sheer number driven by quick re-sales or “churn” in real estate markets. There they found a strong positive relationship between mortgage credit and income growth.

This trend was especially true in regions with high home price growth, Schoar said, which supports an expectations-driven boom. “The results open door to interpretations that homeowners bought into expectations of housing price increases. This is consistent with a view that there was a systemic build-up in risk that led to defaults when the economy slowed down,” she said.

Hammond and colleagues have taken this work one step further, merging in loan performance data. “Our work also shows more default in high-income borrowers. It’s a very striking result that completely supports result of this paper,” she said.

The finding has important policy implications, because the post-crisis response largely aimed at revising relaxed credit standards for poor.

If in fact subprime borrowers were not the ones defaulting, “the focus should be on macroprudential policy,” Hammond said.

Amir Sufi, whose work on the role of household debt in the US financial crisis was widely cited, took a longer, more global view in the paper presented. He found that a rise in household debt predicts lower output growth and higher unemployment over the medium-run.

The paper analyzes household debt levels in 30 OECD countries between 1960 and 2012, for a total of 900 country years. It shows that an increase in household debt in a period from years previous until last year “does a pretty good job of predicting GDP decline from this year to three years out,” Sufi said.

The rise in household debt, where it’s occurring, coincides with a consumption boom, Sufi said. From the data it’s possible to clearly delineate household debt from firm debt. “It does not look like an investment boom at all.”

They found that larger increases in household debt caused even bigger decline in growth. Sufi called the effect “strong and surprising,” saying that he had been skeptical of similar models.

The analysis shows that a rising household debt to GDP ratio is also associated with a rising consumption share of output, a worsening of the current account balance, and a rise in the share of consumption goods within imports. This is followed by strong external adjustment when the economy slows as the current account reverses and net exports increase due to a sharp fall in imports.

Sufi said that the predictive strength of rising household debt could be used to predict forecasting errors in International Monetary Fund and OECD forecasts for future GDP.

“What’s striking is that spreads at time T–minus four years is telling you something about what’s going to happen eight years from now. That’s a surprising result,” said discussant Simon Gilchrist of Boston University.

He suggested that Sufi and colleagues should think a bit more about causality and amplification of boom-bust cycle effect. The paper’s evidence on causality” is convincing to many but for purists still lacking an instrument,” Gilchrist said. “Robustness to emerging market economies provides further evidence of relevance and causality.”

Some in the audience questioned the focus on household debt as a sound predictor and wondered if this was simply a pattern observed within economic cycles.

The last financial crisis demonstrated that banks can be an important source of economic instability. They drive the economy by financing households and firms, so disruptions in banks or banking networks can transmit shocks to real economy. Bank risk is exacerbated when financial institutions are interconnected in a networked web of lending.

Central banks and regulators work to promote stability with tools like stronger capital requirements and leverage limits. But they need better models to fully understand the long-term impact of these tools. This session offered two steps in that direction.

Nataliya Klimenko of the University of Zurich presented a model of bank lending that showed that when banks are undercapitalized, they lend too much, because they do not internalize the impacts of their decisions on expected profits. Requiring a minimum capital ratio helps taming excessive lending, the model shows. Relatively high minimum capital ratios enhance financial stability, but mild capital requirements may destabilize the system. Discussant Lars Peter Hansen called for further work to extend the model for use in dynamic systems; for policy implementation, he called for more specific definitions of capital reserve requirements.

Turning to the “too-interconnected-to-fail” issue, Michael Gofman modeled a trading network to estimate the tradeoff between stability and efficiency. He found that limiting network size does increase stability, but at the cost of decreased trading efficiency, because the chains of counterparties become longer. Stability also increases with higher liquidity requirements and access to liquidity.

The ambitious paper uses the network of interbank trades to create an equilibrium model of lending and connections, said discussant Andrew W. Lo. He noted that he’d like to see a time dimension incorporated in the model, and wondered if it could capture the contagion dynamics of bank runs and fire sales. 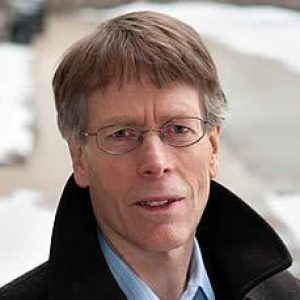 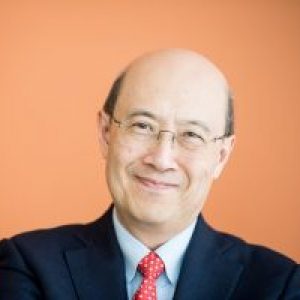 Machine Learning and Applications in Finance and Macroeconomics