High economic policy uncertainty (EPU) can depress economic activity by causing firms to defer certain investments, by raising credit spreads and risk premiums (thereby dampening business investment and hiring), and by prompting consumers to postpone purchases of durable goods. While several studies provide evidence that uncertainty increases around elections and that election-related uncertainty has material effects on economic activity, this new paper provides the first evidence on the relative importance of state and national sources of state-level policy uncertainty, how these sources differ across states, and how they vary over time within states. 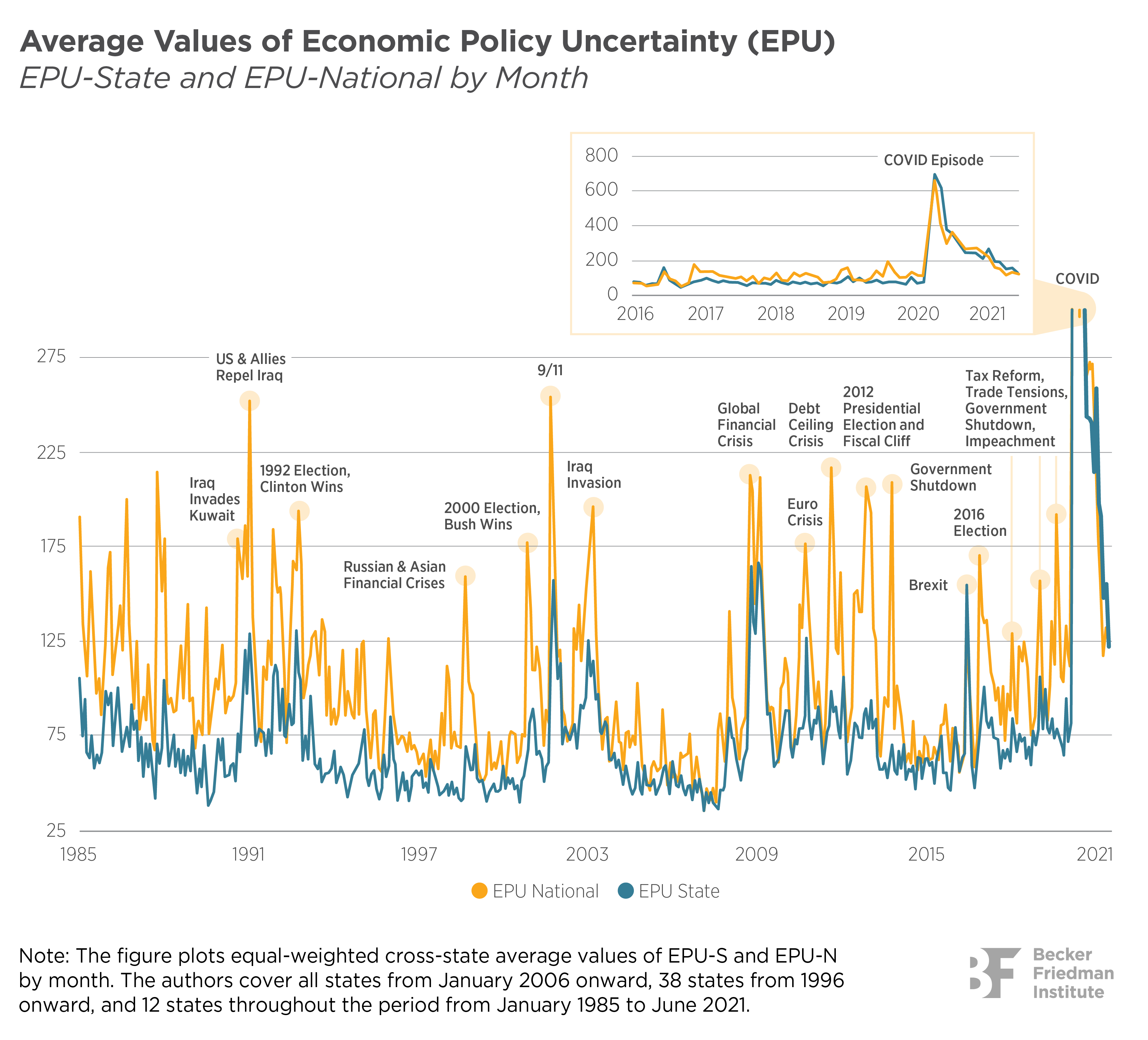 This research also finds that the main locus of policy uncertainty shifted to state and local sources during the pandemic. The authors offer the following simple metric: Consider the ratio of EPU-S to EPU-N for a given state. The cross-state average value of this ratio rose from 0.65 in the pre-pandemic years to 1.1 in the period from March 2020 to June 2021. Since the timing, stringency, and duration of gathering restrictions, school closure orders, business closure orders, and shelter-in-place orders during the pandemic were largely set by state and local authorities, it makes sense that EPU-S saw an especially large increase after February 2020. 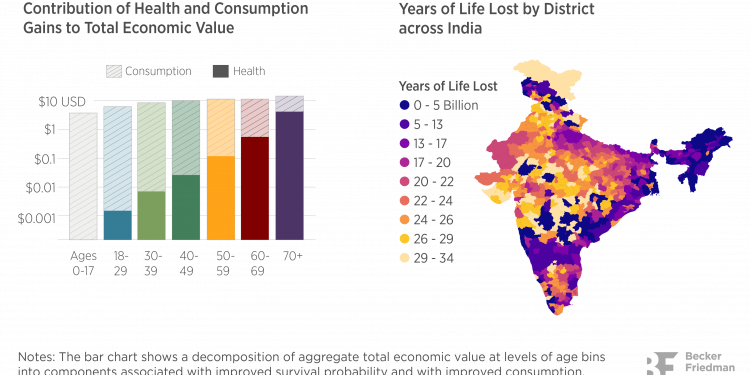